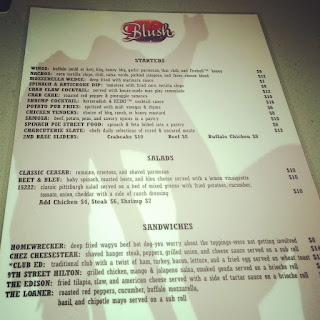 
All around, I had a great dining experience. I don't think I've been so pleasantly surprised by a meal in ages. Drinks were a little on the pricey side, but hey, like I said, there was lots of nudity and the steak was cheap.
Posted by Pittsburgh HappyHour at 10:58 AM