The Pittsburgh Happy Hour: A Year in Photos - 2015

Some of the bars we visited are no longer in business. Circolo Wood fired circa April, 2015. 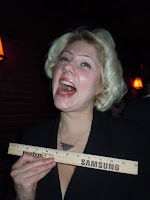 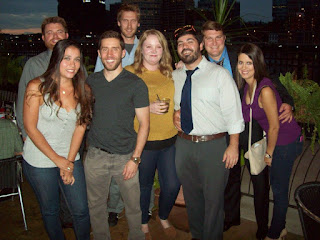 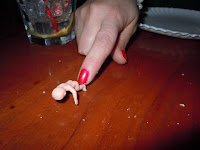 Posted by Pittsburgh HappyHour at 12:51 PM No comments:

I'm extremely proud to be the first food blogger in Pittsburgh to review Bob's Garage. (That is, as far as I can tell.) The majority of bloggers seem to revel in reviewing the most trendy spots while neighborhood staples like Bob's are entirely ignored. The truth of the matter is that Bob's has been around longer than most of the hip spots in the 'Burgh and it will likely outlast many of those spots as well.

The online reviews of Bob's are quite humorous. People complaining that they weren't seated properly and that service was slow. Let's be clear about one thing, Bob's Garage is absolutely a dive bar. They may put extensive work into their holiday decorations (it looked like St. Nick threw up on a reindeer) but really the place is just a juke joint that is catering to the 50's-60's crowd in the burbs.

Despite the numerous online complaints, our bartender, Dino, did a great job and was very personable. He said that they have been putting up Christmas decorations for at least the last 16 years since he started working and that the decorating begins immediately after Halloween each year. I honestly believe that Bob's is worth a visit just to check out the decorations.


I really enjoyed my bologna sandwich for the price tag. ($7) It was nothing fancy, but it provided a nice base for heavy drinking with thick cuts of fried bologna, lettuce, tomato and onion. It also came with some unremarkable but edible coleslaw. Let's be honest, $7 won't get you an appetizer at many downtown bars these days. For example, we are slated to visit Station in Bloomfield in 2 weeks where there is not a single menu item for less than $8.

I'd say that Bob's is a must visit for the cultural experience. Additionally, it is worth noting that I have never been to a dive bar with such clean bathrooms in my life.

Posted by Pittsburgh HappyHour at 9:22 AM No comments: