Ponderosa Lives On in Beaver County


The undeniable reason that Ponderosa is an outstanding restaurant is that just like all five star buffets, it is named after a fictional ranch from the television show Bonanza. In case you are wondering, Ponderosa/Bonanza are the same restaurant - they use the name interchangeably in order to really confuse potential visitors to the trough.

Naming your buffet after a fictional ranch is a sure fire way to convince consumers that you've really done your homework. I've never seen the show Bonanza and I would venture to say that the majority of Ponderosa's customers have not either. (It stopped running 45 years ago.) Presumably the show portrays America's working class eating themselves to death.

An entree and the buffet at Ponderosa will cost you roughly $20. I'll let you decide how you would like to tip at a buffet, I go with the standard 10%. Remarkably, there are still quite a few Ponderosa locations. The only two in Pennsylvania are located right outside of Pittsburgh in Beaver Falls and Butler. For the adventurous traveler there are also Ponderosa locations in Egypt, Taiwan, UAE and Qatar. The fuck?

Now keep in mind that it is possible to just get the buffet when you visit Ponderosa, but you can add an entree for only a few additional dollars. Don't be a fool, get the entree. More on this later. 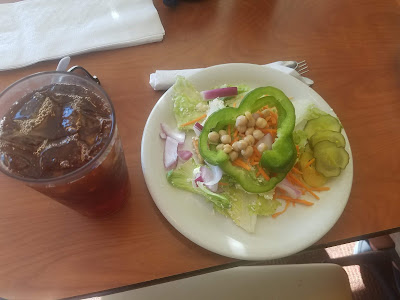 Any proper trip to Ponderosa starts with the salad bar. The options are really quite numerous and the combinations are endless. As you can see I went with the regal combination of iceberg with peppers, chickpeas, carrots, onions, and pickles. My tastes are so refined that sometimes I find it hard to believe that I am not the king of England or at least a social influencer on Insta. 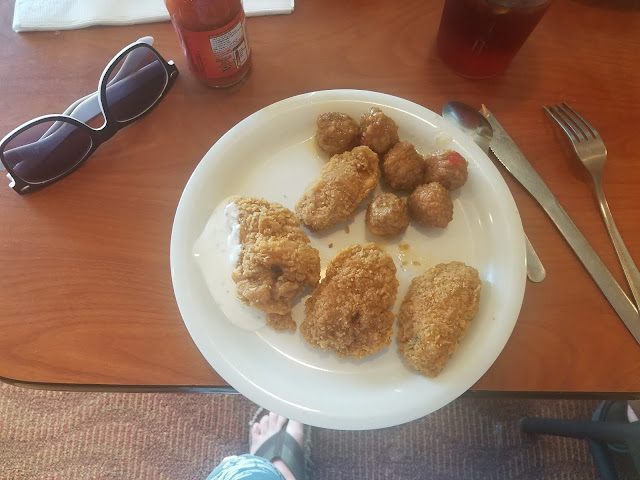 After your salad you should have time for one more course before your entree is served. I recommend going with the chicken wing and meatball course. A plate that would surely satiate any appetite. The chicken wings are probably one of the better items on the Ponderosa menu. It is worth noting that Ponderosa now carries red-hot in addition to tobasco, this is essential for wing fans.

Just one important note on the chicken wing and meatball course - I'd recommend skipping the meatballs. They are awful.


Now, after your second course your entree is sure to arrive. UNDER NO CIRCUMSTANCES SHOULD YOU EAT YOUR ENTREE.

While Ponderosa will not allow you to abscond with any of the 6,000 items from the buffet, you are free to take home your entree. Basically this means that you've paid about $3-$5 dollars for a fine cut of bottom round steak and some french fries that you may enjoy in the privacy of your own home.

Two of my dining companions ate their entrees despite my protests. Why oh why would you eat potential home-steak when you can get other versions of "beef" from the buffet? I was horrified. If they were my children I would have taken them outside to the Ponderosa parking lot for a Beaver County beating.

Also pictured above is my taco course. While the taco bar may look unappetizing, trust me, it is. 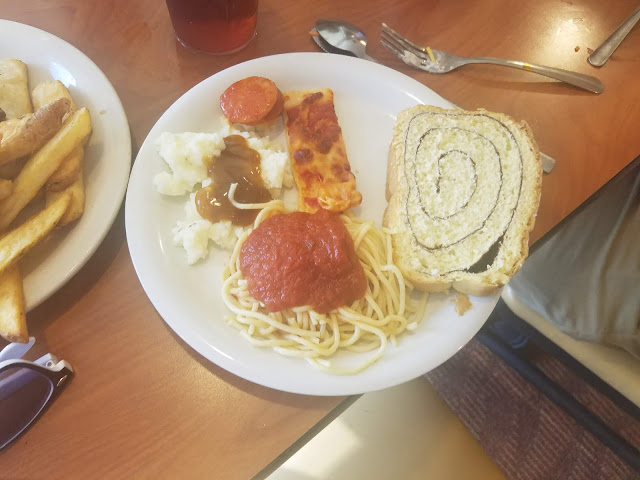 Since you are dining at Ponderosa, you are obviously a massive baller with unlimited funds and an even larger selection of potential mates. After your third course it is time to carbo-load for all of the unbridled sex you will likely be having in the very near future.

During our visit the chocolate soft serve machine was broken, so I couldn't go with my normal swirl soft-serve bowl. Ponderosa has an entire wall dedicated to dessert. Cookies, brownies, cakes, fruit inspired casseroles, etc. I like jamming cookies into a bowl and covering them in ice cream and chocolate sauce. It is basically the perfect way to ruin your self-esteem and cap off a night of gluttony.

While my review may be snarky, I like Ponderossa. If you go into the Ponderossa experience knowing that you are paying for quantity as opposed to quality - you should be able to find some food that you enjoy and have a nice evening. Also, you'll have a delicious home-steak for later and the memories of a meal inspired by a canceled television show from that was presumably inspired by the American west in the 1950's.

Posted by Pittsburgh HappyHour at 6:20 AM