Zone 28 recently opened in the far east part of town near Oakmont. Let me tell you, for a kid friendly joint they threw a hell of a grand opening party. Here are some of our favorite magical moments from the opening. 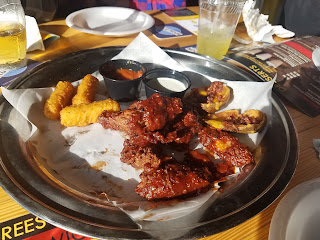 Appetizers! And lots of them. Zone 28 offers a full menu and has two separate bars. The End Zone and the Railhouse.  (If you've ever been to State College you would know that their local establishment called the End Zone is quite a different beast. NSFW.) 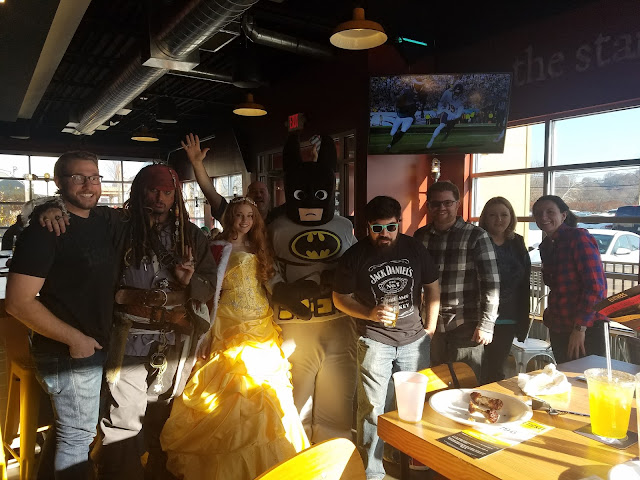 Costumed characters! They have a remarkably well crafted beer list for a bowling alley. Their sports bar is the perfect place for dads. Honestly, they should change the name of the sports bar to, "Dads Only." 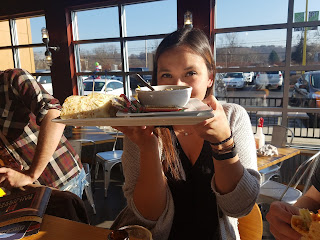 SNACKS! So many snacks. 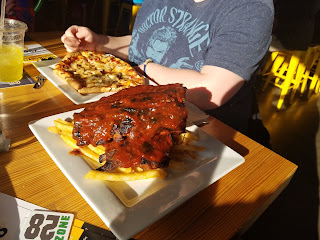 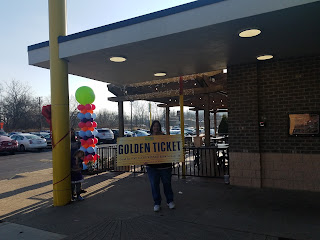 This lady won a golden ticket. 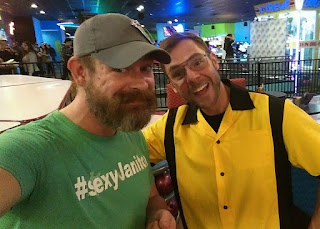 And Santa made an appearance! Overall, an awesome place. In addition to bowling and the restaurants they have a full arcade, laser tag and bumper cars!
Posted by Pittsburgh HappyHour at 9:25 AM

Email ThisBlogThis!Share to TwitterShare to FacebookShare to Pinterest
Labels: bars where you can take your kids in pittsburgh, bowling alleys with bars, kid friendly bar pittsburgh, zone 28