I can only assume that the Allegheny Wine Mixer took its name from the film, "Step Brothers" which featured an event known as the Catalina Wine Mixer. I judge bars by their name. I know this is bigoted and small minded, but I really do. I will admit that I had a bad attitude as I approached the bar at Allegheny Wine Mixer.

In my opinion, whenever a bar self identifies as a wine bar it generally means that everything is going to be very expensive, my abhorrent behavior won't be blissfully tolerated and the house music will likely consist of flamenco music and/or adult contemporary top 40.

My preconceptions of Allegheny Wine Mixer turned out to be entirely unfounded. For starters, the bar was surprisingly welcoming. The bartenders were very helpful and polite and I even enjoyed the music. They made a number of interesting drink suggestions to patrons throughout the night and mixed up a few cool grapefruit cocktails I'd never heard of before.

Drink and food prices were spot on. The delicious cheese plate which is pictured above was $5 during happy hour (5-7). I found the fruit arrangement to be rather strange, but I loved the copious amount of bread and flavorful cheese selections. The two cheeses were adelegger and chiriboga blue. The blue smelled of old socks and gym bags and tasted marvelous.

For dessert I had nutella and goat cheese on crusty bread paired with one of my favorite libations, Old German. I had no idea there could be such a thing as a perfect evening, but Adam Scott put it best. 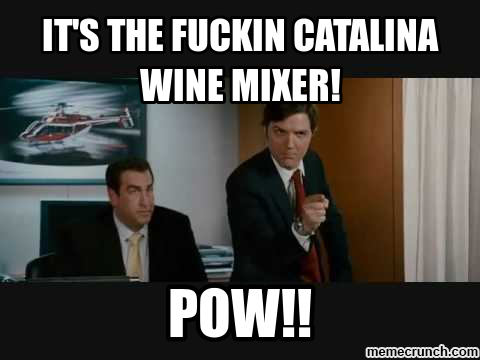 Posted by Pittsburgh HappyHour at 7:31 AM