So this swanky new joint just popped up on East Carson. Bobby Hendrix is located on 20th street at the site of the old Blue Iguana/City Grille. Bobby did a terrific job renovating the place, it has a a bit of a clubby vibe with a well decorated interior. The aquarium was everyone's favorite decoration, but I particularly appreciate the care they put into renovating the bathrooms. I'm always shocked at how some bar owners in the Southside will dump millions into renovations and completely neglect putting any work into the bathroom.

Anyhow, the food that we tried at Bobby Hendrix was all delicious. I was fairly certain that I'd like everything as I was a big fan of Bobby's work at his last bar, Melange. In particular, my favorites were the hand cut french fries, the black bean hummus and the honey drizzled fried chicken. Bobby is a man who knows his chicken. His breading is a bit on the lighter side and the chicken is always wonderfully seasoned and fried to perfection. 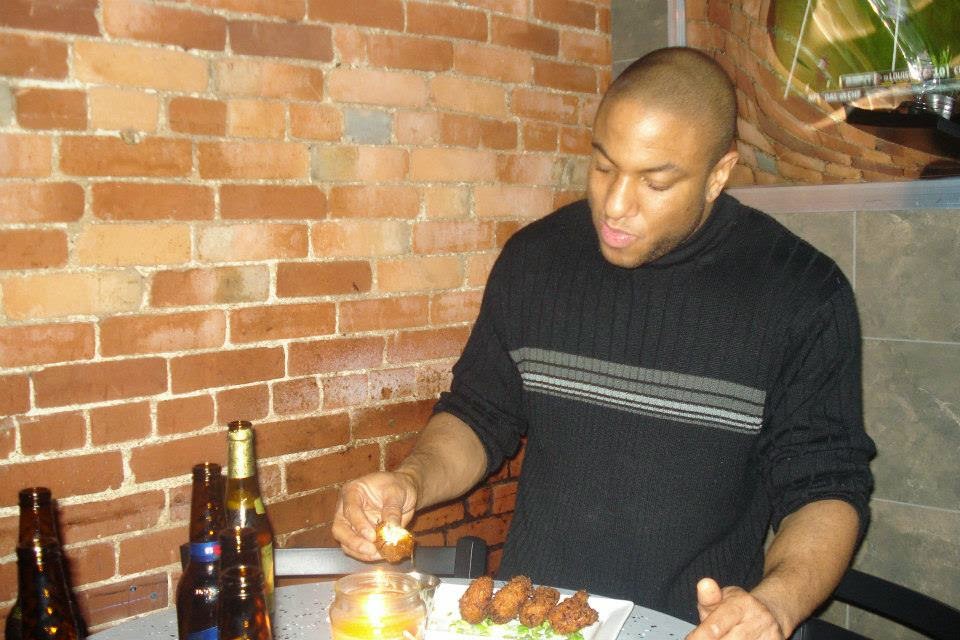 Although it may look like Giles is dipping his chicken wing in the candle, I promise he isn't. Next time I go to Bobby Hendrix I'm looking forward to trying the buffalo chicken mac and cheese and something on a pretzel bun. I love those damn pretzel buns.

Posted by Pittsburgh HappyHour at 11:32 AM