The food at Fuel and Fuddle is remarkable. In particular, the pulled pork sandwich served with horseradish made me want to cry. Delicious well seasoned pork with just enough bite. The pizza was a little sweet, but delicious. Be warned! The patrons are young and rowdy and there is nowhere to stand. A Thursday evening at this bar in the early spring looks like a Saturday night in the Southside. Undergraduates crowd the doorway waiting for tables and get salty when you call them undergraduates.

Additionally, Fuel and Fuddle does not negotiate. I generally call an establishment before we arrive in attempts to procure a special. The special I was offered at Fuel and Fuddle was, "you can order anything you want off the menu in any quantity at menu price." Honestly though, this place was crowded and they didn't need my business. I can hardly blame them.

The interesting thing about this happy hour was I ran into an old roommate from five years ago. We hadn't seen each other since we moved out and I had no idea he was even living in Pittsburgh. I was shocked to see him. When we lived together we were young men so full of hope. (I wrote for a better food blog in those days and I was so handsome.)

My roomy who I ran into at Fuel and Fuddle used to brew beer in the basement and he dated this broad that went on to become Miss Maine. He told me that shortly afterwards she left him and got married to some jerk. He said it was ok though, because she was crazy. We lived with this other peculiar guy as well, Neil. A mustached fellow who used to sit on the couch a lot and smoke cigarettes in the basement when he got mad at us.

I said to my old roomy at Fuel and Fuddle, "So, I hate to bring this up, but did you hear about Neil."

I kind of slouched over and slammed my extremely appropriate Great Lakes beer, "Neil killed himself man, he couldn't take it anymore. He's dead."

There was nothing else to say. Oddly, we also happened to be at Fuel and Fuddle and run into each other on the Neil's 32nd birthday. The universe loves fucking with me. 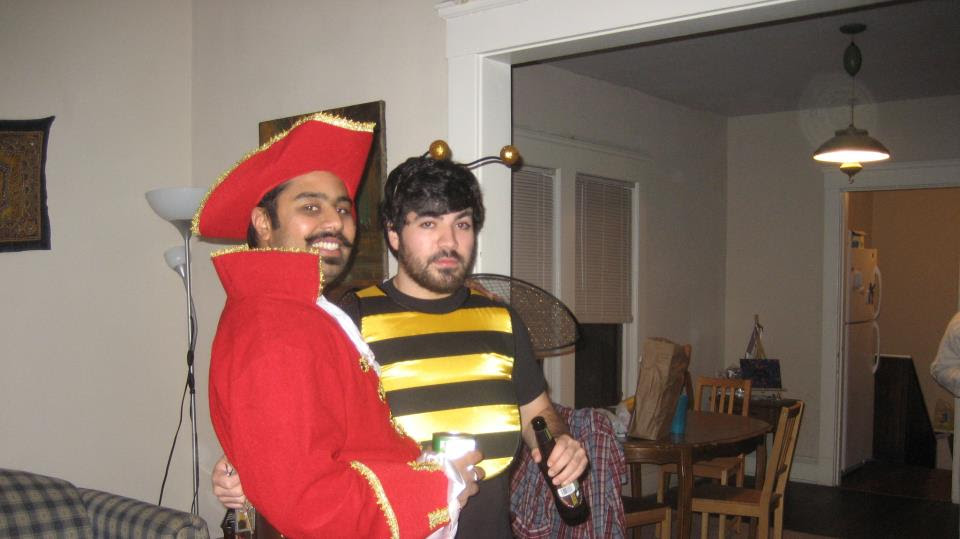 Posted by Pittsburgh HappyHour at 10:42 AM